Must Mirrors and Friends be Parallel? My Reply is No.

One of Zach’s friends got dropped off at our house this morning before school. I had forgotten he was coming over since the plan had happened in a quick text exchange with his mom while I was between sessions at an event last night. Throwing kids from one house to another is just so not a big deal that at times it can barely register. It works.

The mirrors facing one another is leftover decorating from the previous owner. We’re not decorating go-getters, so the pair of reflecting glasses could be there forever. Alternately, we might decide one day it’s the day they go. Who can say? Or, they might just one day fall off the wall. But that would feel ominous for those of us that sort of like symbolism and superstitious things, as I do. But only to a point.

I’ll say this: What “two-mirrors-facing-each-other” decorating lacks in aesthetics it makes up for in its ability to blow the mind with its repetitive, if not unending, reflections. Zach jumped in this morning and was checking himself–err, himselves–out, making different faces. He loved how many of him there were. Then he turned sideways and began rolling his arms like you might in the song, “This Old Man.” He was entertained to see his arms again and again, rolling and rolling. He wanted me to stick my arms out over his head to add to the visual interest, and he gave me specific instructions on where he wanted me to stand and how my arms should move compared to his. So there we were at 7:25 working an infinitely awesome orchestration of our four (and four and four…) arms together making different moves–on and on and on and then eventually off the mirror. It was one of those moments where I and my child were equally into the activity. It had occurred naturally. I wasn’t secretly getting bored with it or nervously consulting the clock. I didn’t even think about interrupting the dreaminess to ask if Zach had brushed his teeth. How long could that moment last? Like the images on the not-perfectly-parallel mirrors it could go on for awhile, but not forever. And it didn’t. 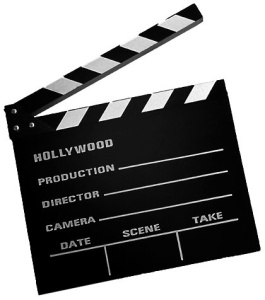 Action moved to the next scene of the morning. In the kitchen.

I entered and saw everything Zach used at breakfast still on the counter, including the milk. Brad was there, too, and equally miffed. We yelled for Zach to “get here NOW!” Zach walked into the kitchen and immediately took a defensive tone. He muttered that it’s no big deal, and in fact it’s stupid that we care. This familiar tune is not our favorite. In response he got a chorus of Brad and I in his ear. It was coming together as the less pleasant audio version of the mirror routine from upstairs. Both parents took a different, though complementary, tone. It went a little something like this:

(five, six, seven, eight) We were squawking at Zach. Zach was rebutting sassily. This caused us to respond to the sass, prompting him to chirp back. Squawks begat squawks. There was no telling how long that could have gone on. Then…

Such a sweet and subtle percussion part in contrast to our coarse kitchen chorus.

I remembered. Lewis. (Lewis either is or isn’t this kid’s real name.)

I called out, “Come on in, Lewis!” Zach was baffled. In walked Lewis.

Lewis is always unaffected. He’s nine going on a thousand. He is wry and super smart. He calls it as he sees it. He’s not on anyone’s side by default. For example, sometimes he’ll tell my kids that our dinner is good while they’re complaining about it. He doesn’t utter the company line. He makes his own calls and that’s just…it. I totally enjoy this friend of my son’s.

As he entered I acknowledged that he had just walked into yelling, and apologized for that. He gave a dismissive “no big deal” remark in his deadpan tone, and just like that none of us had another refrain.

A few minutes later I could hear Zach and Lewis upstairs in Zach’s room. Given Zach’s tone it was clear they were discussing something awesome. Zach must have grabbed the Magic 8 Ball, because he announced animatedly that they should ask it. I get the sense he and Lewis had different answers in mind, but I honestly don’t know what the question was. I couldn’t hear it when Zach asked it.

If you’ve ever entrusted important stuff to the Magic 8 Ball (who hasn’t?) you know that you approach it with a soft volume and reverent tone. And you should, because it knows. It’s the final word–inarguable like the laws of physics. Although you might sometimes challenge or test it (or fudge it) by asking, “Were you telling the truth when you said, ‘NO’ last time?” you never outright doubt the answer it gives you. You just don’t.

So Zach asked their pressing question with quiet, reverent intensity. Then he exploded with the answer, which must have played to Zach’s favor. He laugh/yelled in his characteristic voice, “Oh, ho-ho! It said ‘without a doubt!'” Of the supposedly magic response, Lewis stated dismissively, “Well, that’s just its opinion.”

Zach’s fervent reaction reflected the magnitude of his belief in the magic of the 8 Ball. Lewis’s, on the other hand, proved that he had the balls to speak disbelief. I’ll admit, this was an angle I had never conceived.

Their reactions to the 8 Ball’s response were absolutely not aligned. As with our not-quite-parallel mirrors, they really didn’t need to be. In this matter, and others as well, Zach and Lewis can bounce things between them long enough for it to simply work for them.

Does it really need to be endless? I’ll ask.

I'm a full-grown child of the 1970's and 80's now making good on the detail that consistently appeared in my childhood vision of my adult life. I'm writing for pleasure, but now am doing it by blog rather than (or in addition to) the emails, notes and essays I have written for years just because it feels like breathing to me. I'm a full-time worker outside the home, and an all-the-time wife and mom of two boys, 9 and 14 years old. As such I throw a lot of footballs, shoot a lot of hoops, deliver a lot of lectures, swear more than I ought to, thank a lot of teachers and coach a few teams. If I'm your friend, neighbor, coworker or the person you met at the park, I am probably the one whose story was a bit too long, though hopefully entertaining. Remember, I'm happy to return the favor. I do love a good story, and I don't just mean my own.
View all posts by Meredith M. Temple →
This entry was posted in Uncategorized. Bookmark the permalink.